Iran is set for the launch of the Shourijeh gas storage facility, considered to be the largest in the Middle East and one which will greatly add to the country’s own capacity.

According to the Iran Petroleum Ministry, the proved natural gas reserves of Iran are about 1,046 trillion cubic feet (29.6 trillion cubic metres) or about 15.8 percent of world's total reserves. Iran is second only to Russia in terms of its gas supplies.

FARS News Agency cited Iran oil ministry's website as saying in a report that the Shourijeh gas facility, located in north-eastern Iran, can deliver 20 mcm/d of gas in winter.

The new gas storage facility is expected to boost the nation's gas delivery capacity by more than  nine mcm next winter while eliminating the need to import gas from neighbouring countries.

It comprises a refinery with the processing capacity of 20 mcm of gas and currently the gas volume injected into the facility stands at around 7.5 mcm/d.

The storage facility will transfer gas to North Khorasan, Khorasan Razavi, Mazandaran, Guilan and Ardebil provinces in north, northeast and northwest of Iran.

Located 25km southeast of Sarakhs in northwestern Iran, the Shourijeh facility will store five mcm/d of gas over the coming seven months and would be nine mcm/d of gas by next winter.

The Shourijeh facility is capable of storing up to 4.8 bcm of gas in total. See below a map of Iran’s gas reserves. 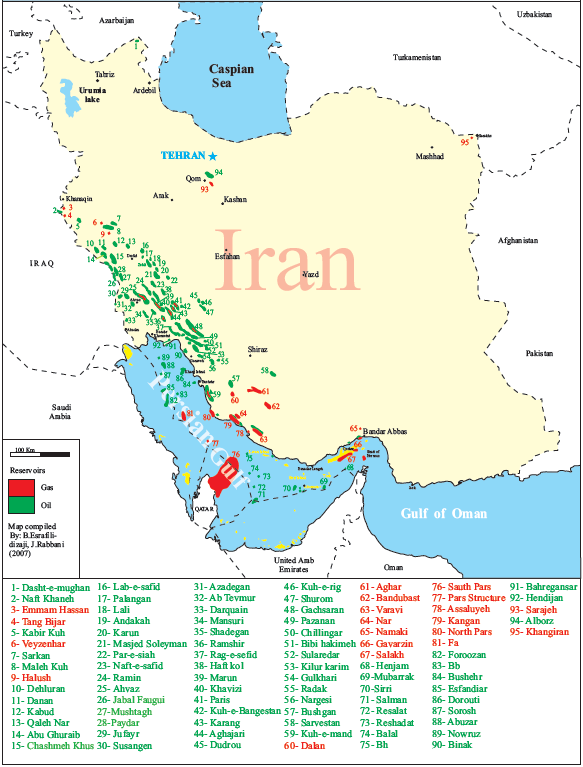